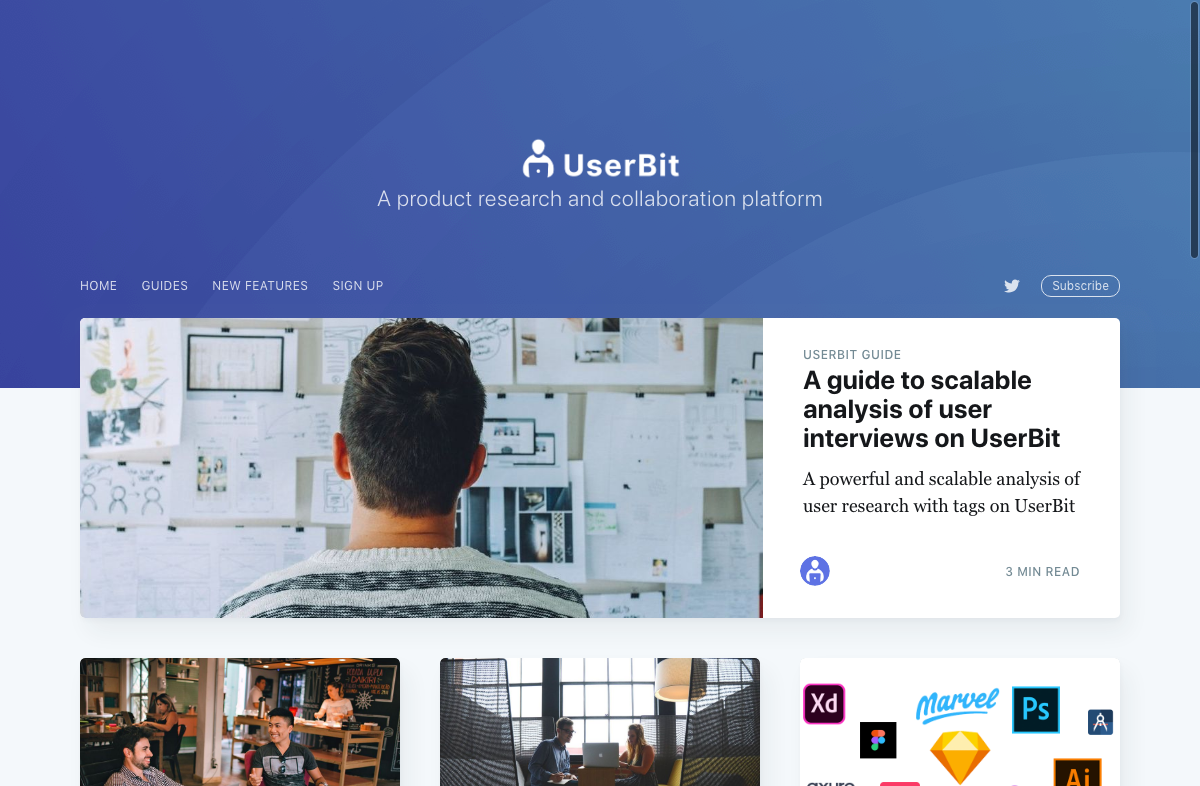 So I decided to pay for ghost pro. It was really easy to get started (better be, paying $30 per month). I spent some time customizing it. But bulk of the time was spent in writing some content.

I decided to use the blog to create a knowledge base around UserBit Platform. Current sections include:

I was excited about releasing UserBit on Designer news. I put it up there in the morning only to see it downvoted the next second. With a grand total of 0 vote, UserBit never got a chance to be seen by a majority of DN folks. I was so disappointed — the person that downvoted probably didn’t even click on what it was. But over the course of the day it got a few upvotes and I did endup getting a good bit of traffic from there. I am starting to realize that this marketing by posting on pseudo-PR sites is not really a good channel to get real customers. I need to implement some real sales strategy.

I wanted to see if I could pay someone to manage UserBit’s social media presence. I tried posting on upwork… I didn’t get any response. I then posted on reddit and I did get a lot of interest. But after talking to a few, I realized that this was not going to work out. People just didn’t seem to have an understanding of what was needed. I abandoned this idea the next day. Will have to figure out some other way of managing twitter etc.

One of the most effective on-boarding improvements that I’ve made in my opinion. There’s nothing worse for new users to log into an app and be bombarded with 100 items all at once. That is what the project experience was becoming on UserBit. There were 2 problems I needed to solve here:

On creating projects, now you’re presented with a choice of modules. Each module educates you on what its purpose is and you can pick exactly what you need to create your project.

Next week I have a few important meetings. One with an investment firm that reached out — I’m not looking for capital right now but since I know nothing about investments I wanted to talk to the guys regardless to learn about what they do.

People from Invision also reached out and wanted to connect. I’m looking forward to talking to them. Not sure what to expect from either of these conversations but I’ll update here after.

I’m approaching a point where I feel like sales need to be done more aggressively. I’m nervous about it… I know very little to nothing about sales and growth. I guess it’s time to learn and make mistakes.